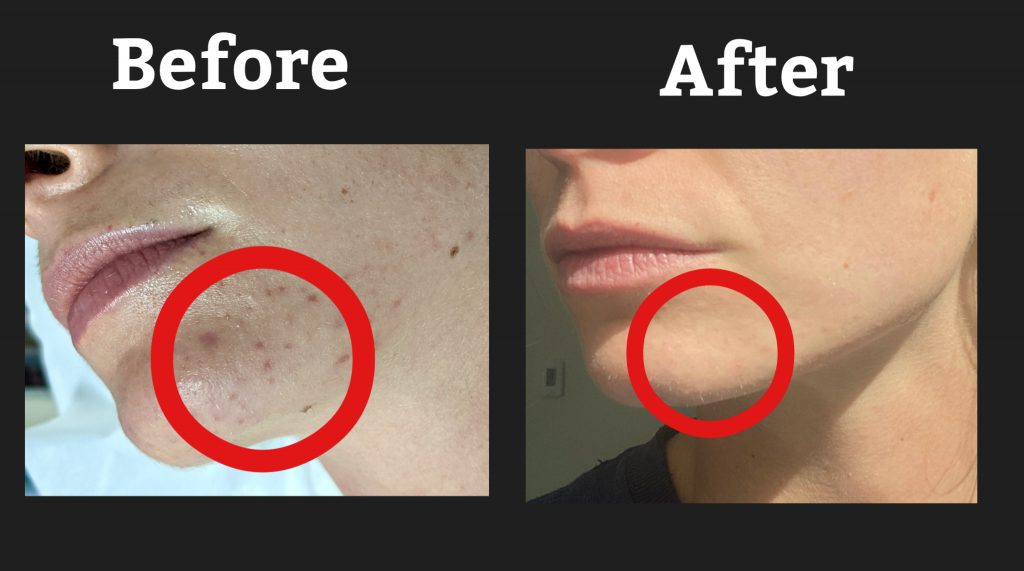 This case reviews a 28 year old female successfully treated for Perioral Dermatitis with Chinese Herbal Medicine over a 4 month period. The initial two months involved stopping the active lesions and the following two months we focused on consolidating the treatment to prevent a flare up while also treating and successfully clearing the post-inflammatory hyperpigmentation that resulted from the previously active perioral dermatitis.

Perioral Dermatitis (and Periorbital when it appears around the eyes) is an inflammatory condition of the skin consisting of a rash usually with red bumps around the mouth and jaw line. It can often be mistaken for acne or rosacea, with a defining feature being the presence of micro pustules, very fine pinpoint projections of pus which differ from the typical acne pustules which are much larger.

At the initial visit the patient presented with a rash around the mouth and jaw line consisting of papules (bumps), many of which were

erythematous (red) some of which had or previously had micro pustules (very small thin projections of pus in the middle). In addition, the patient’s forehead had many papules, mostly flesh colored and not erythematous, some with micro pustules.

The patient was observed sighing often and trying to take a deep breath.

-Heat – pt reports that she always felt very hot, even since a young child.

Dx: Perioral Dermatitis due to Liver Qi Stagnation and blood stasis with Stomach Damp-Heat with Toxin

Bai Hua She She Cao 3g 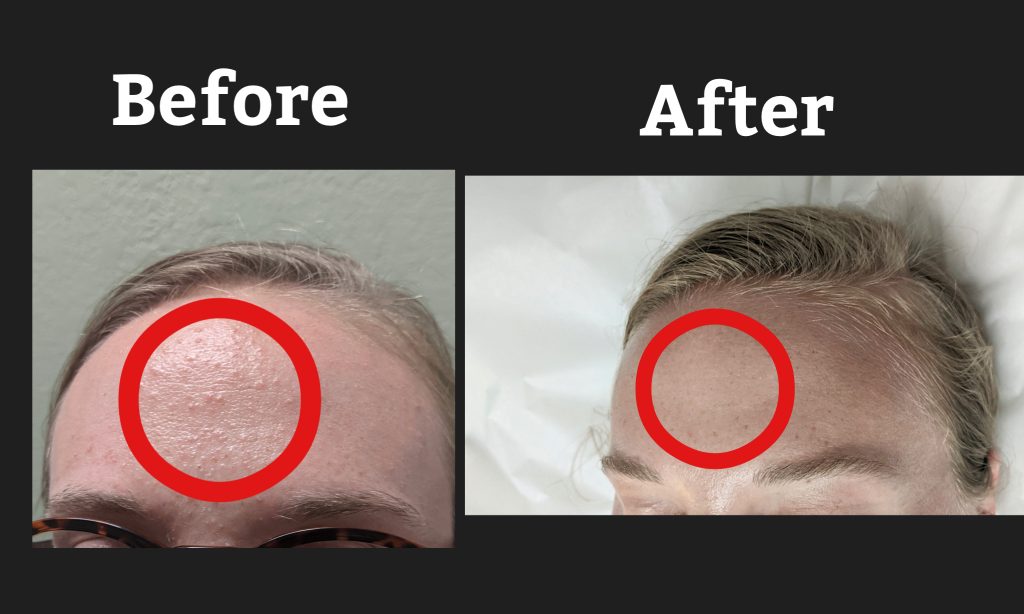 Results and Further Course Of Treatment

The patient reported significant improvement at the first visit, most noticeably resolution of the lesions on her forehead. A topical ointment, Wu Shi Gao (Five Stone Ointment) was added to the regimen. The patient was treated with various versions of the same formula throughout. Huang Qin was substituted for Huang Lian to help with acid reflux which resolved early on in treatment. Huang Qi and He Huan Hua were added to Tonify the Qi as the patient also had mentioned some emotionally related fatigue with the patient noting a difference in energy levels. Herbs that nourish and move the blood and open the collaterals were added in the second half of treatment to help clear the post inflammatory hyperpigmentation from the healed lesions.

I communicated with the patient a few months later and there was no mention of any flare up.