This case reviews a 36 year old male who was successfully treated for non-bacterial prostatitis in 2015. 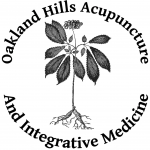 During the course of treatment the patient also experienced a reduction in anxiety.

The first symptoms began in August 2012 (2.5 years before this visit). These symptoms moved the patient to visit his Primary Care Physician (PCP) as well as a Urologist. Two urinalysis were performed, each negative for white blood cells. As per the patient, his PCP performed a digital rectal exam which was negative for a hard or enlarged prostate. PSA values were also in the normal range.  The patient was prescribed antibiotics at least once for these symptoms over the last few years without any positive results. Finally a diagnosis of non-bacterial prostatitis was decided upon by the Urologist with no further treatment recommended.

Yoga was then employed by the patient to  to treat the pain and discomfort. While improving his overall health, the presenting symptoms of perineal pressure, burning with urination, and pain during sex did not improve.

The patient denies testing positive for any STI’s. Blood in the urine, cloudy urine, or any discharge from the penis were all denied.

-The patient also reports being diagnosed with anxiety for which he has been prescribed Clonazepam PRN. However, the patient prefers not to take this unless it is absolutely necessary and would rather deal with the anxiety himself.

-Borderline Hypertension that he has been watching with his PCP

-Stress due to living situation

Tongue: Large, pale but with a red tip, thick coat particularly in the rear where it is greasy with many enlarged papillae (more so than normal)

Middle Burner deficiency with Dampness Accumulating (Although it is likely the root pattern for all problems due to poor dietary habits. It will be not be directly treated once main symptoms resolve.)

While Protecting Yin and Fluids

Chinese herbs constituted the primary treatment. The following herbs were dispensed for 10 days at which point a follow up visit was scheduled. The herbal formulas were modifications of Ba Zheng San(Eight Herb Powder For Rectification Of Urinary Dysfunction) and Zhi Bai Di Huang Wan (Phellodendron And Rehmannia Pill).

The patient purchased granulated herb extracts, 1g of granules is equivalent to approx. 5g of raw decocted herbs (5:1) unless otherwise noted in parentheses.

At the first follow up visit(10 days later) the patient reported a reduction in perineal pain from 8/10 down to 2/10. The pain was still constant in nature. A reduced frequency of urethral burning was also reported with only 2 incidences since last visit. On inquiry regarding his bowel movements, the patient reports that he was “almost regular”. In regards to anxiety, the patient noted that he experienced it less severely and not as often. He also noted a decrease in night sweats. The patient received a refill of the same herbal formula.

At the 3rd visit, the non-baterial prostatis definitely showed improvement. 31 days following his initial visit the patient reported perineal pain down to 1/10 (from 8/10), pain with sexual activity had ceased, and burning upon urination was only reported after drinking a little wine and after eating “sweet” foods.

The patient reported that he had started to suffer ear pain. The pulse had changed, now being Deep, Full, Forceful, and Slightly Wiry. The herbal formula was changed accordingly.

The fourth visit was 10 days after the third visit and the patient reported almost zero symptoms of the non-bacterial prostatitis. Pt. received acupuncture and a refill of the herbs given last visit.

The fifth visit was 15 days after the fourth visit. The patient reported the ear pain had reduced and that urinary and perineal symptoms had cleared except for two incidences of urinary discomfort again after eating “sweets”.

Anxiety was reported to have subsided although the patient stated he was still “stressed out”.

The patient also reported less incidence of night sweats but that they still occurred.

The Pulses were now moderate (Hua Mai)and almost absent in the 3rd position. His tongue was greasy once again in the rear. The blood pressure at that visit was 124/80 the best it had been and no longer borderline hypertension.

As the patient’s chief complaints had mostly resolved and flare-ups always seemed related to poor dietary choices, the treatment strategy and treatments now focused on strengthening the digestive system and preventing damp heat. The importance of diet was discussed and the patient was given some food recommendations and recipes including the following foods: Mountain Yam, Pearl Barley, Mung Beans, Adzuki Beans, Bitter Melon, Chrysanthemum Garland, Barley, Lotus Seeds and Roots, Dandelion Greens and others.

The next visit was 20 days later. The patient reported that he was generally feeling better and that he wished to continue taking these herbs due to improved energy and feeling. I saw the patient every 2.5 weeks for about 5 weeks refilling formulas similar to the last and then treatment was discontinued as the patient had improved.

3.5 months after stopping treatment the patient came in because he had his first and only flare up of non-bacterial prostatitis.  Perineal pressure reported to have returned mildly,  1.5/ 10 as per his pain rating. The patient was given 10 days of the last listed formula and reported later that the pain had subsided.

I was contacted by the patient a few months later to state that he was doing well and that he is moving out of the state.